Are Tattoos a Sin? (Or even allowed for Catholics?) 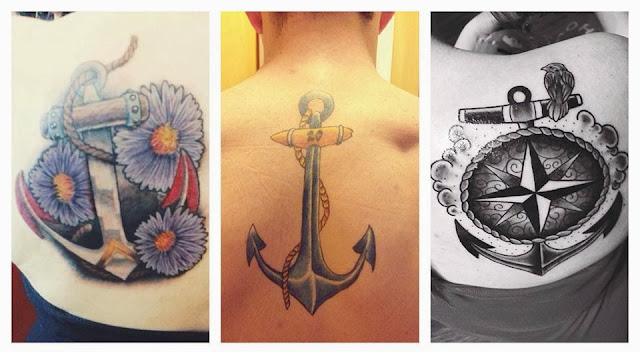 My three Adult Kids decided to all get tattoos (from Left to Right: Jeneah, Sean, Mackenzie)

A friend of ours projected "Tattoos are not allowed, they are sinful!" I immediately responded "That is Ridiculous!" My response was in defense of my kids. No parent wants to stand by while their children are attacked, verbally, or even on Facebook. But then I decided to find out what the church really teaches in regard to "tattoos."

There is a lot of good information on Tattoos and Body Piercing on the internet from various Catholic sites, and they all say just about the same thing, but here is the content from one site that answers the question well.

Issue: What is the teaching of the Church on tattoos and body piercing?

Response: Tattoos and acts of body piercing are not intrinsically evil. The Church offers principles by which Catholics can discern whether it is sinful to be tattooed or have one’s body pierced in particular situations.

What Sacred Scripture Has to Say:

Some Protestant authors have argued that the Bible forbids tattoos and body piercing. They typically cite the following verse: "You shall not make any cuttings in your flesh on account of the dead or tattoo any marks upon you: I am the Lord" (Lev. 19:28).

References to this verse are not present in important magisterial documents and in the principal writings of the Fathers of the Church. It is the consensus of Catholic biblical commentators that this prohibition is not part of the unchanging moral law, but part of the ritual law specific to the Old Testament. Many commentators believe that this prohibition was intended to separate Israel from its Canaanite neighbors; some believe that the cuttings in the flesh and tattoo marks to which the verse refers were part of idolatrous Canaanite worship.

The context of the verse favors this interpretation. The preceding verse reads, "You shall not round off the hair on your temples or mar the edges of your beard" (Lev. 19:27)—this prohibition is certainly not applied to members of the Church.

The Church does not teach that Sacred Scripture forbids tattooing and body piercing, but the Church does offer principles by which to discern whether, in particular situations, it is sinful to be tattooed or have one’s body pierced.

Respect for Health and Bodily Integrity

"Life and physical health," the Church teaches, "are precious gifts entrusted to us by God. We must take reasonable care of them, taking into account the needs of others and the common good" (Catechism, no. 2288). Prudence dictates that persons considering tattoos or body piercing research any health risks that may be involved. If a particular act of tattooing or body piercing entails a likely risk to health, it would be more or less sinful depending upon the gravity of the risk. If a particular act involves mutilation—if the act renders a bodily organ unable to perform its function—the act is immoral (Catechism, no. 2297).

Charity and Respect for the Souls of Others

Catholics must also consider the common good when they decide whether to be tattooed or have their bodies pierced. In certain instances—for example, in indigenous cultures in which tattooing is a rite of passage to adulthood—the common good practically demands that a person be tattooed.1 In the United States and other Western countries, however, considerations of the common good generally lead one to pause before being tattooed or having one’s body pierced.

The question of whether an act of tattooing or body piercing hinders a Catholic’s evangelizing mission leads to the broader question of whether such an act harms the souls of others. Tattoos whose words and images celebrate the demonic, are unchaste, or otherwise offend against charity are immoral.

Even if a tattoo’s words and images are not uncharitable in themselves, the act of obtaining a tattoo can be rendered immoral if done so with an evil intention—for example, in order to spite one’s parents or society (cf. Catechism, no. 1752).


While the earliest forms of an anchor being used as a symbol harkens all the way back to the early Christians. They would often use the anchor as a hidden symbol for the cross. This was often used to show that they were Christian while escaping persecution from the Greeks. The anchor tattoo design has become a symbol for stability and a strong foundation. If you are looking for something to remind you to stay grounded or want to symbolism a particularly stable or grounding relationship that you have then an anchor tattoo design might be something to look into.

Anchor tattoo meaning also has ties in Christian symbolism. Most anchors have a top-bar that looks like a cross, and therefore hearkens to the traditional Christian theme of salvation and sacrifice. This was particularly useful during dicey times when abiding by Christian faith was risky business. In these times, an anchor was used as a symbol instead of the cross to identify oneself as a Christian in a secretive way.

As an anchor is dropped in order to gain stability on troubled waters – this is synonymous with an anchored faith. Hebrews 6:19 touts: “We have this hope as an anchor for the soul, firm and secure.” in reference to the consistency of Gods unwavering presence in the hearts of men.

The anchor was an early Christian symbol commonly found in the Roman catacombs as a symbol of the hope we have in Christ beyond this life, and is a fitting inscription for a Christian tomb. The symbol doubtless comes from this verse:

"We have this hope as an anchor for the soul, firm and secure. It enters the inner sanctuary behind the curtain, where Jesus, who went before us, has entered on our behalf. He has become a high priest forever, in the order of Melchizedek." (Hebrews 6:19-20)

One of the oldest of the symbols of the cross is the anchor. Originally a symbol of hope in general, the anchor takes on in this way a much higher meaning: that of hope based on the Cross of Christ. The similarity of the anchor to the cross made the former an admirable Christian symbol.
Posted by Deacon Pat at 2:40 PM