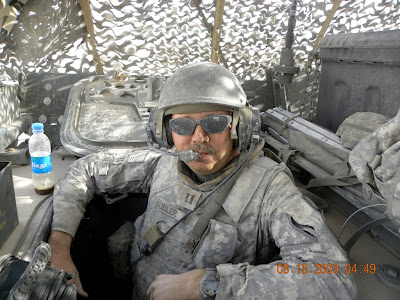 Father Subler in Afghanistan
Here is Father Subler, a Captain in the United States Army. He is stationed in Afghanistan, where he is definitely NOT just hanging back and watching the show. He travels by all sorts of military vehicles around most of that desolate country serving as Chaplain for our soldiers who are busy hunting for Osama and doing battle with the Taliban. What Father Carl must do virtually every day is FAR more adventurous than almost any of us back home ever experience in our entire lives. 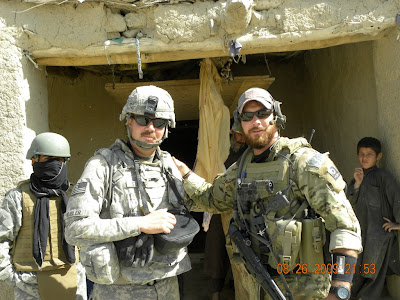 Father with his Special Forces Friend Dustin
Father can be seen serving Mass to anyone whom he can reach in the field, riding in the Stryker vehicles that may be the most popular targets for the IEDs (improvised explosive devices) that continue to be one of the greatest dangers to our troops and Afghan civilians alike, rolling off his bed to lie on the floor during mortar attacks that must be much too close-by, and lovingly administering the Sacraments to dying young men. 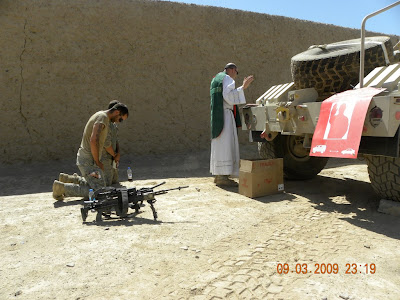 Having Mass in the field, all facing the same direction. 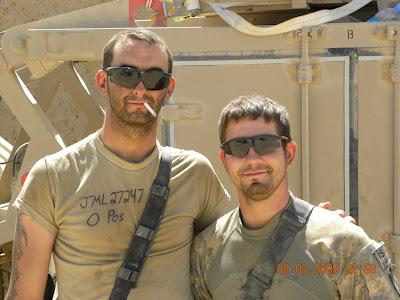 Two Catholic soldiers under Father's care after 2 days of fighting the Taliban on the front lines. 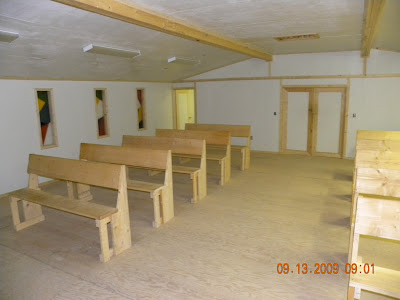 A Chapel built by soldiers at one of the posts. 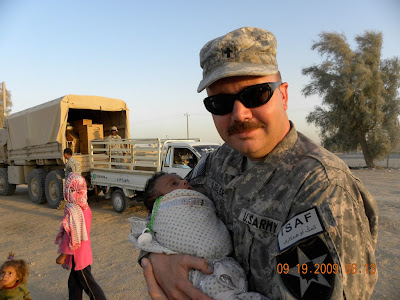 Father with an Afghan baby whose mother died. 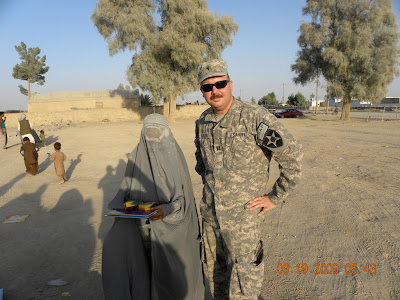 An Afghan mother getting school supplies for her children. 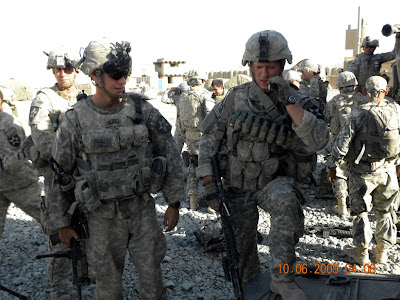 Infantrymen before a patrol 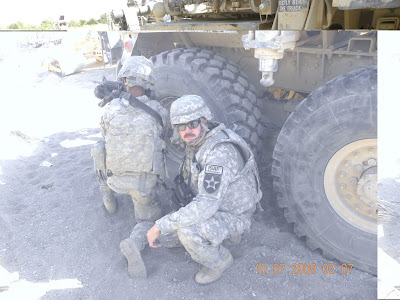 Taking cover during a firefight 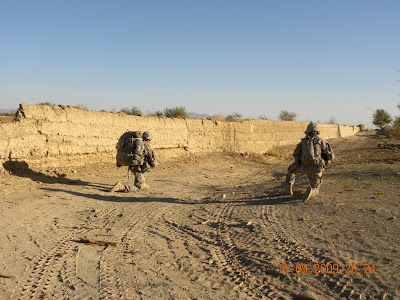 Dismounted patrol in the Arghandab 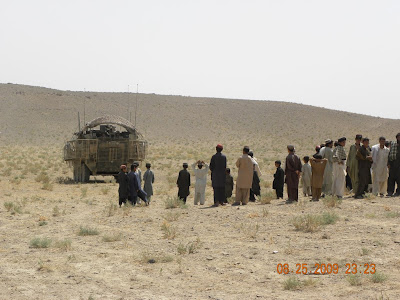 Locals waiting in line to see the doctor. 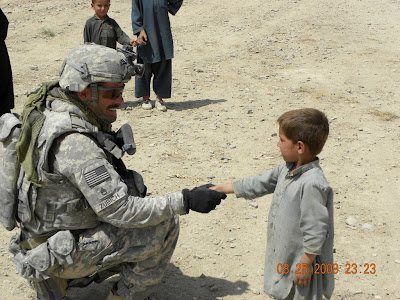 To See more of Father Subler's Photos click here
Posted by Deacon Pat at 11:01 AM

I am praying for Father Subler and all our soldiers serving in Afghanistan and Iraq.

Thank you for sharing these pictures. My Godson is leaving next month for Afghanistan with the Marines. These photos touched my heart.

I'm a reporter with The Daily Standard in Celina and am trying to get in touch with Fr. Carl to do an interview. Someone gave me this e-mail address: carl.subler@us.army.mil. Is this correct? He hasn't responded.

I don't have his e-mail, Sorry! good Luck!