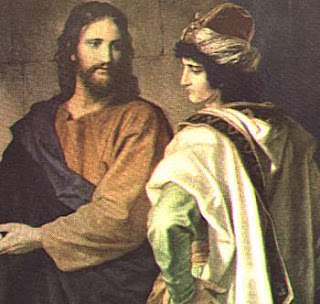 
Podcast Powered By Podbean
Pope Benedict has asked us to set aside a year beginning October 11th for a renewal of our faith in the Lord, Jesus Christ, the Savior of the World, and has named it “The Year of Faith.” This “Year of Faith” is an opportunity for all Catholics to enrich their faith, by:
• Deepening their conversion
• Studying the catholic faith
• Encountering the Lord Jesus in Word and Sacrament
• And sharing their faith by becoming witnesses to the risen Lord in today’s world.

So Why the Year of Faith? The Year of Faith is not only for America, but also for the whole world. Each country has a unique need for such an endeavor, but here in America we have a very special need. Some have concluded that we have a significant cultural problem, a problem that does not lie outside of the church, but actually within it. We now have 2 generations of Catholics, of whom, many if not most, do not even have a basic understanding of the faith. If this isn’t true, then why do we have so many practicing Catholics:
• Unmarried and living together
• In support of Gay Marriage
• Participating in Abortions
• Having pre-marital sex
• Using contraception
• And the list goes on and on

These actions and beliefs are clearly in contrast to what the church teaches as moral and just. Actually, the church teaches us that they are sinful actions and ultimately separate us from God. One of the many struggles of sharing the gospels, the good news of becoming a Christian with someone, is getting them to see that there is a cost of making the decision to become a disciple of Christ. So often, the focus is more on the reward that awaits them, and they never stop to think about what this decision will cost them. When someone does not understand the price to be paid when choosing to become a Christian, difficulties will arise when they find themselves in situations that are demanding, situations that can eventually cost them a great deal. It is in such times that one’s faith is put to the test. In these circumstances, some disciples turn from the path of righteousness and head back into the world from which they had escaped.

In the Gospel today, we can see just such a situation when Jesus is approached by a young man who seems to be interested in doing what is right in regards to salvation. Jesus tells the young man that there is a price to be paid if he chooses to take the path he is seeking, and in the end, we see that the young man was not willing to make the sacrifice necessary to inherit eternal life. In this story, we learn that being a disciple of Christ will cost us everything that keeps God from being first in our lives. We also learn a lot about the man who approached Christ. We learn that he was following the rules, but that he probably did not truly understand what was beneath the rules, the reason for the rule. He runs up to Jesus and says, “What must I do to inherit eternal life?” He did not say, “Who must I become to inherit eternal life?” Perhaps, this young man already felt that he was doing all that was required of him by following the rules, and he only wanted Jesus to confirm what he was already doing. He did not actually expect Jesus to tell him to do anything beyond the law, beyond the rules. In addition, when Jesus asked more of him, he refused because that was not what he wanted to hear.

How many of us are just like this young man? We do what we think is expected of us, we follow the rules, or maybe just some of them, but don’t let Jesus ask anything more of us, or we also might refuse. Didn’t Christ tell us that to be a Christian we cannot serve two masters, we serve either God or mammon, but we can’t serve both. In the Gospel, the young man had two masters speaking to him: God in the flesh told him to sell everything; mammon (The World) told him to hold onto what he had. He couldn’t do both, so he chose to submit to the one he valued the most. The man went away grieved. As far as he was concerned, the choice to followed Christ was too costly.

Many of us come to Mass to hear the word of God and focus on the promises of eternal life. Most of us see ourselves as basically good people, believing our lives are morally good, and when we pray to God, we often ask for guidance and direction to make our lives better. Yet, we are often caught off guard when we find that Jesus desires more than we are giving, that he desires all that we have, all that would stand in the way of serving God. So what do we do? Some of us, many of us, turn away from what He is asking. In other words, is it not true that many of us really are not seeking to change much in our lives at all? We seek God to only confirm what we are already doing, maybe only to have Him acknowledge the rules that we have followed. Are not many of us just like the young man in the gospel message?

But what is Christ trying to teach us? What is the message for us today? Isn’t he trying to say that our faith is much more than just following a set of rules? Being a Christian will actually cost us everything that keeps God from being first in our lives. As with the young man, it was not his wealth that was the problem, but rather the value he placed on it. Jesus never said it was sinful to be wealthy, but he did warn us of what riches, or the pursuit of, might do. What Jesus did, was simply state that there was one thing this young man lacked: Jesus looked at him, loved him, and said to him, “You are lacking in one thing, Go, Sell what you have and give it to the poor and you will have treasures in heaven: then come, follow me. Consider this, to lack something means something is missing, but Jesus tells him to get rid of something. Yet, it is in the getting rid of something that Jesus says he will find the means to get something. What this young man needed was to love God above all other things. It was here that he would find eternal life.

How many of us need to get rid of something to get something. Confusing isn’t it? How many of us completely understand Christ and his teachings for us? Can we rightly say that we understand our faith as well as we should? How many of us know not only what the church teaches, but also why it teaches what it does? I believe that if more of us knew the “why” of what our church taught, and not just the “what”, our catholic church especially here in America would look much different. In addition, as for the Pope, He is the leader of our church and he is Christ’s voice to us here on earth. He has asked us to learn our faith during this Year of Faith, and by doing so we will deepen our conversion, we will encounter our Lord, and we will be compelled to share this faith with others. So where do we begin? Well, we have many options. We can read the church documents, such as the documents from Vatican II, or the Catechism of the Catholic Church. We can visit trusted internet sites or we can attend classes. Our parish is even offering specific classes and DVD presentations geared to The Year of Faith for anyone who is interested. The choice is yours.

In closing, and As I have previously mentioned, we have many options of how we can respond to the Pope’s directive during this Year of Faith. Let us not forget, that the Pope is Christ’s voice to us, his voice asking us to:
• Deepen our conversion
• Study the faith
• Encounter the Lord in word and sacrament
• And to share the faith

I have one final question for all of us to consider:
• Are we willing to hear what is being asked of us and are we willing to embrace this opportunity?
• Or like the young man in the gospel message today, will we find this request too costly, and will we just walk away? The Choice is yours..... It is called “FREE-WILL.”
Posted by Deacon Pat at 8:54 AM