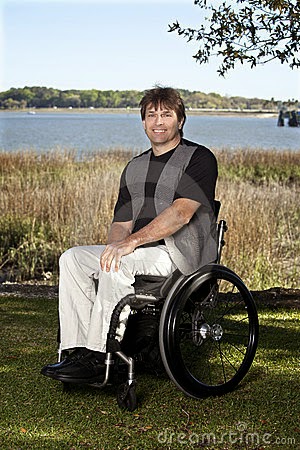 I walked up to a man, maybe in his late 30's or early 40's sitting in a wheelchair at Mass today. I didn't recognize him. He was ruggedly handsome, well proportioned, but unobtrusive. He was sitting off to the side and a row or two back. Father first gave him communion and then I approached him with the chalice. I voiced, "The blood of Christ." He didn't move. Instinctively I placed the chalice of the precious blood against his lips and tilted it as he slowly drank. I then retracted and he then looked directly and deeply into my eyes and said softly, "Thank You." His voice penetrated my heart and infused deeply.


I am not sure if he was paralyzed, or what was his story, but the interaction and exchange affected me greatly. I almost couldn't contain the emotion erupting inside of me. I saw and felt God in the occurrence profoundly. I can't shake it. It was one of those rare and supernatural moments.

It reminded me that God and His Spirit is everywhere and now and then he even reminds us of that! What a great moment in time.
Posted by Deacon Pat at 5:18 PM