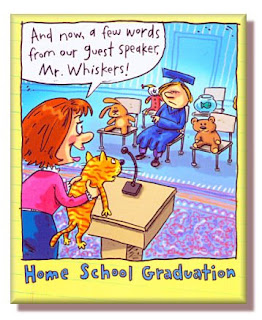 It wasn't so long ago that I thought home school families and children were a little weird.
I, not unlike many other people, thought that if you home school a child, you are isolating them from most of the world and will eventually turn them into an antisocial being.

As many of you know, we just returned from another mission trip to Guatemala. While we were there, we interacted with many other people on mission, people from Minnesota, Michigan, Kansas, Ohio, etc.
We were able to spend long periods of time with the groups that included High School kids and chaperons.
All the other kids were not home school children.
What I heard over and over from the other kids and their parents / chaperons, were that our kids were great, not only did they interact well with the other kids, had great manners, but they even interacted well with the parents and all the kids, all different ages and grades.
They were shocked to hear that our kids were home schooled, since not only did they posses great social skills, but were actually leaders among their kids.
......There goes the myth that home schooled kids lose their social skills. 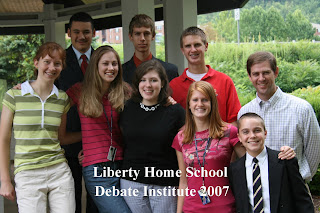 I was once told that by taking kids out of the traditional classroom setting , you were not exposing the kids to the real world.
I also thought about what it would be like to get a job where everyone is exactly the same age, or living in a neighborhood where everyone is exactly my our age.
Can you imaging working in a hospital where everyone is 43 years old, all 2000 employees.
Or working as a dentist where you only treat 33 year old patients.
Is a classroom full of 8th graders a true representation of "The real world."
Also, do you remember the clicks and the meanness that exists in junior high and high school, especially if you were not in the cool crowd. Luckily, at least I thought I was cool,
(as my family teases me...... "Home Coming King"....), but I do remember the agony and fear that some experienced.
Is that a representation of the real world.......Not really, not to that extent. 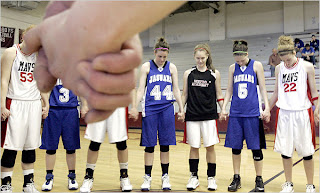 Home School has changed.
There are so many people now choosing to home school their children that there are huge associations, groups, and communities.
This allows for time each day for play and socialization with other children, yet still receiving individualized instruction by their parent.
There is variety in the families and children, yet also a common bond. The bond is a dedication and commitment to raise children with values and morals that represent what the family stands for, much unlike the alternative, allowing a school, and a teacher that many parents don't even know, to preach and teach their values and morals to your children, many times teaching them things that are contrary to what you believe.
I have seen this happen over and over even at so called Faith based private schools.
Is that really acceptable....... Whose children are they? 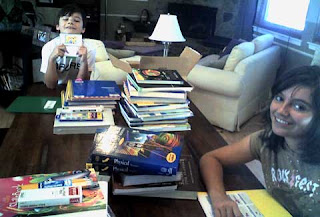 Why is it that home school children excel in school and almost always surpass traditional schooled children by the average of 2 grades by the 8th grade.

It isn't that the children are smarter, but rather they have been exposed to a curriculum that is tailored to their specific needs and desires.

They are not in a large class where a teacher must teach to the middle, leaving the advanced students wanting more and the slower students confused.

The average home school child, by my observation attends school 3-4 hours a day and still surpasses traditionally schooled kids (Public and private / parochial). There is plenty of time left over for kids to be kids.

I was once told that if a kid doesn't have time to kick a can down the road, his life to too full and busy, he cannot even be a kid. A child needs quiet time, to think, to explore, to imagine, unstructured at times, just him and his own thoughts......

When I return home from work at night, I have my kids, I don't lose them to 2-3 hours of home work......When do fathers ever get to spend time with their kids when I am told that most kids have a lease 2 hours of home work a night.

How can a Father have any influence on his kids if He never spends time with them? 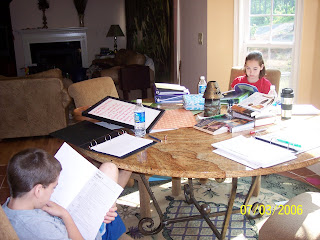 Making an educational decision for ones child is probably one of the most important decisions a parent can make, and should never be taken lightly. When we considered making the change to home school, we discerned for some time and included a spiritual director, spoke to many parents, teachers, and priests.

Making a decision to home school a child is a commitment of love and dedication beyond what most parents are willing to give.

Most Home School families that I am aware of, not all, but most, are not isolationists, but rather have more external positive relationships, with a wider range of people, than most traditionally schooled families.

The times are changing in some respect, and some of us need to be committed to standing solidly for our catholic faith and catholic values, at times fighting against cultural norms that have been decaying our society for sometime, and be a positive change in this community and this world.

It takes courage and faith to swim against the current, a feeling probably not unlike what the early disciples and apostles must have felt.

We are allowed to be Catholic, not just at home, or at church, but catholic in everything that we do, without limitations and restrictions.

Our family through church, youth groups, city sports programs, community and neighborhood relationships, and travel to other countries, definitely gives us more access to the marginalized people of the world than most other families.

Just because we are stepping out of the box in regards to our approach to raising our children, and our approach doesn't look like yours, or doesn't conform to what you think you are comfortable with, doesn't mean that your way is superior and our inferior. I could probably effectively argue the different, but that is not the point.

"The family is the school of love."

"Today more than ever, the Christian family has a very noble mission."

"Start by doing what is necessary, then do what is possible, and suddenly you are doing the impossible."

I only have a few years with my children to raise them to the best of my ability. I do not take that task, the obligation lighltly. With the love, dedication, and guidance that wife guides and teaches them, we will do our best to prepare children to not just conform to our culture and society, but rather to be the leaders and the examples of what God is calling us to be.......