What is Our Media Coming To? 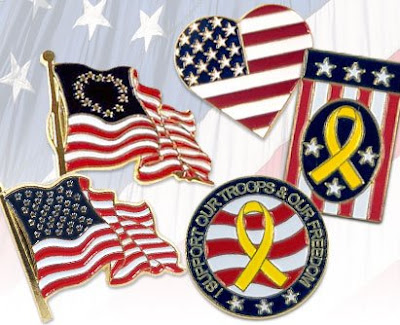 This is not a political statement / issue, but an American Issue

Their reasoning was that ABC should remain neutral about 'causes' Since when is support for preventing our death & destruction some sort of a "cause"?

Since when is patriotism to be discouraged.

You can verify the above accusation by going to:http://www.snopes.com/rumors/noflags.asp

Isn't it sad to watch so much of our society fall apart. More importantly than the political war that surrounds us, there is a spiritual war that is attempting to blur or remove anything that is good and just, and replace it with acceptance of sin and vice.

Destruction will only occur if Good men do nothing........

There is no other time more inportant than now, that we must become active in any cause that keeps at its core, the rights and dignity of an individual.

God is to be the force behind our actions.

Padre Pio stated that sins of ommission are far worse than others, you could see the wrong, the unjust, and you did nothing.........
Posted by Deacon Pat at 1:22 PM