Confused About Communal Penance Services? What is Legitimate and What is Not? 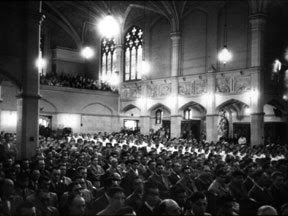 Communal Penance Service WITH individual "one-to-one" private Confessions is TOTALLY LEGITIMATE and is in conformity with Chapter Two, Rite for Reconciliation of Several Penitents with Individual Confession and Absolution, from the Rite of Penance in the Roman Ritual (Vatican II edition).
Number 22 of the Praenotanda of the Ordo Paenitentiae (Introduction to the Rite of Penance) states that "communal celebration shows more clearly the ecclesial nature of penance."
This being said, many of us know that there are some priests who abuse the Sacrament by illicitly, and sad to say, even invalidly employing the third method of "General Confession & Absolution". 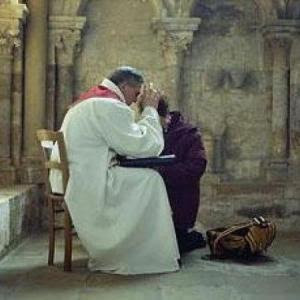 No. 31 states that "individual, integral confession and absolution remain the only ordinary way for the faithful to reconcile themselves with God and the Church..."
We have all heard of the FEW miscreants who abuse "General Absolution" (as it is known) without fulfilling the requirements of Canon Law that it be done ONLY when there is IMMANENT DANGER OF DEATH and there is NO TIME for the Priest(s) to hear individual confessions
OR when there is a SERIOUS NECESSITY AS DEFINED BY THE DIOCESAN BISHOP, such as a number of penitents is so great that the limited number of confessors are UNABLE to hear the individual confessions of these penitents WITHIN A SUITABLE TIME so that the penitents are FORCED to be DEPRIVED of Sacramental grace or Holy Communion for a LONG TIME through no fault of their own. [canon961]
The mere fact that there are so-called "too many" penitents for the Priest(s) to hear individual confessions is INSUFFICIENT cause to use "General Absolution".
In the U.S., most parishes have confessions EVERY WEEK on Saturday afternoon. If on one particular day the number of penitents is exceptionally large, then those who are unable to confess individually can do so next week. 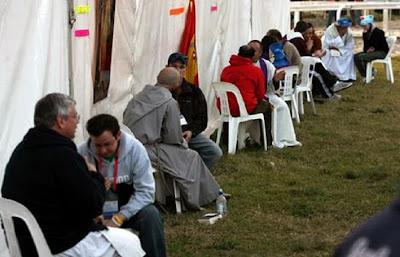 The reason for Communal Penance Service is to facilitate SEVERAL Confessors for a large group of penitents to hear individual confessions.
Parish priests can encourage people to avail themselves of the Penance Service because there is often many priests coming to help hear individual confessions. Rather than waiting until the last minute and waiting in line for awhile for ONE or TWO of the parish priests to hear many confessions, the Church in her wisdom, developed this Communal Penance Service.
Now, a HUNDRED or more people can go to confession with multiple priests hearing ten confessions a piece within an hour. Alone, it would take the pastor much more time to hear all of those confessions.
The ritual asks for some scripture reading, homily and an EXAMINATION of CONSCIENCE. This can be very fruitful for those who do not frequent the Sacrament of Penance often. By verbally asking the penitents to concretely consider which of the Commandments they have broken or which Precepts of the Church they have violated, it helps prepare them for their individual confession.
By reading a meditation on the Commandments & Precepts, the communal Penance Service allows the people to see that the Sixth Commandment, for example, not only forbids adultery, but also sins of fornication, masturbation, pornography, pre-marital sex, artificial contraception, etc.
The examination of conscience helps many people focus on their precise faults and personal sins so as to accurately make an integral as well as individual confession. I have been to some Penance Services where the priest told the congregation "not to recite a laundry list of sins" and to rather mention evil or at least bad attitudes they have.
THIS IS NOT AN INTEGRAL CONFESSION. "Number, Kind & Species", we were told in the training.
It is necessary that you and I orally confess ALL mortal sins since our last confession AND the circumstances which would make them worse or perhaps lessen our culpability.
Hence, confessing fornication would be in order but if it were with a minor (young adult), that would make it even worse and that extra information should also be confessed. Confessing that you stole something valuable would be required but if what you stole was the gold ciborium from the tabernacle of a Church, that extra information is necessary as you have also committed sacrilege.
Likewise, a chronic problem normally reduces SOME though not ALL culpability, therefore, the frequency of the sin must be known by the confessor.
Ergo, to ask penitents to merely confess "selfishness" rather than specifically confessing that "I stole money from my mother's purse on several occasions" would be INACCURATE and WRONG.
Number and circumstance can decrease responsibility OR intensify and aggravate the evil already done.
The infinite love and mercy of God will forgive any sin sincerely confessed to a Priest with real contrition and a firm purpose of amendment. For priests to attenuate or dilute the Sacrament out of a misguided "pastoral sensitivity" to "make it easier" for the penitents is in reality sacerdotal malpractice.
If a physician refrained from necessary surgery for a massive heart attack victim simply because the doctor wanted the patient to avoid the discomfort of an operation, he would be sued and lose his license.
But if a priest encourages people who may have mortal sin (a lethal condition for the soul) to NOT make an individual confession merely because they are uncomfortable with it, he is often thought to be "pastorally sensitive."
The doctor MUST operate and the Priest MUST hear the confessions. 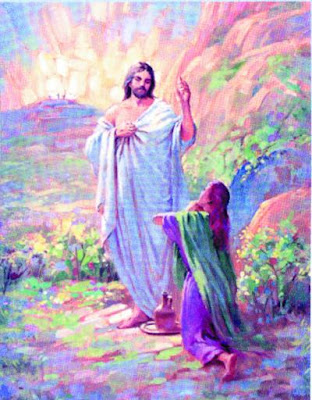 BOTH should have a good "bedside"or "confessional" manner, yet, when it comes to the bottom line, people will always prefer the rudest surgeon who is the best in his field. So, going to confession to even the priest you may like the least, still has the power to heal your soul and it would be equally as foolish to stay away from the Sacrament of Penance merely because of the personality of the confessor.
Posted by Deacon Pat at 11:08 AM