Jesus - My Master or My Friend? 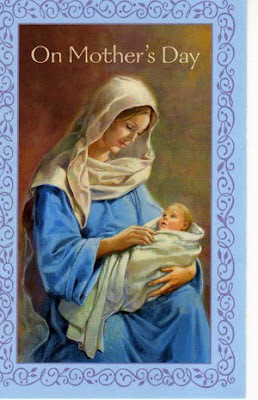 I would like to take a moment for us all to reflect on the importance and holiness of motherhood, and on this Mother’s day ask for a special grace to be given to those who have been mothers, are mothers, and those who will be mothers in the future. Let us offer our thoughts and prayers to God and through the intercession of our Holy Mother as we say (Hail Mary....)

Now lets listen to God’s message to us from today’s scriptures.

The first Christians did not think that the Gentiles were to be included in God’s plan of salvation.

So when Peter visited the house of Cornelius, a Roman Centurion, and the Holy Spirit was poured out on all who were lisening, including the gentiles, the circumcised believers who had come with Peter were astounded.

This says to me that they were totally taken back, surprised, and mystified by what happened, and when they left the house that day their minds were probably baffled and confused.

When Jesus said he would send the “The Spirit of Truth,” he meant it, but when it happens, when it actually happens right in front of us, we are often surprised, taken back, or even closed minded about it.

Well I think it has something to do with many of us thinking that we already know most of the answers in life, and find it difficult when we are told or discover otherwise.

The Challenge for us is to be good and sincere followers of Christ, and at the same time have the wisdom, openness, and humility to hear and respond to God’s Spirit, even when we don’t completely understand.


Such a message reminds me;

I once overheard a man telling a wise monk that he was disgusted with the other Catholics at mass and how they received communion in the hand while standing rather than on the tongue while kneeling.

He argued "They are denying the real presence, If they only knew that they were actually receiving Christ, they would kneel to receive him."

In reply the wise monk asked him a revealing question, "What would you do if Jesus appeared to you?"

The irritated man replied, "I would immediately fall on my knees."


"Good," the monk said, "But there are people who would simply throw themselves on him out of the sheer joy and love for him. Would you say that such people were irreverent?"

The man kept quiet for a moment as he began to see that it was probably less a question of discerning the real presence of Christ in the Eucharist and more of a question of one's personal relationship with Jesus.

Today's gospel gives us two models of a personal relationship with Jesus to consider:

One as a master, and another as a friend. 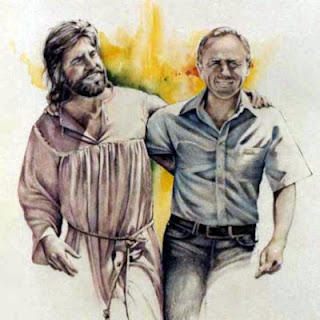 At any given point in our faith journey one of these two models is dominant.

Either we see our relationship to Christ mainly in terms of master-servant, or in terms of friend to friend.

With the exception of the mystics, traditional lay spirituality in the church has usually followed the master-servant model.

Jesus is often seen more as a master to be feared, respected and obeyed than as a friend to love in intimacy and familiarity.

Today's gospel challenges us to rethink our relationship with Christ because, evidently, Christ himself prefers to relate to his disciples as friend to friend rather than as master to servant.

He states, "I do not call you servants any longer, because the servant does not know what the master is doing; but I have called you friends" (John 15:15).

Jesus says that he would no longer call his disciples servants, indicating that he called them servants until then, and that something was changing.

Our relationship with Christ goes through different stages and also changes.

Typically it starts off as a master-servant relationship when we are new to the faith, but then as our relationship with Christ deepens; it often changes into a less formal friend to friend type of relationship.

Today's gospel is a call for us to think about how we relate to Christ and if we can progress toward a friend to friend type of relationship.

And as Saint John tells us (John 15:7) “We shall begin to pray better and to experience more peace and joy in our lives, as people do who are in love.

One objection that is often raised by those who promote the master-servant model of relating to Christ is the concern that we are unworthy.

Sure enough, we are not worthy.

But Jesus has already taken that into consideration.

If he has decided to choose us in our unworthiness and to love and accept us as we are, then we should not fix our gaze on ourselves and ask, "Who am I, Lord, that you should love me?"

But rather we should fix our gaze on him and ask, "Who are you, Lord, that you love me so much?"

The key is keeping the Lord's commandments.

We love babies as they are, yet we want them to grow up.

God expects us, in just the same way, to grow in His love.

The Lord's offer to us of friendship and intimacy with him should not be an excuse for decreased respect or indifference.

Just as God has shown His love for us in deed by sending his Son to die for us, so is true-love for God always shown in deed by the way we keep the two commandments of love of God and love of neighbor.

By this we can know if we are truly Christ's friends, because, as Jesus said "You are my friends if you do what I command you" (John 15: 14).

Let us take a moment to reflect, not on "Who am I, Lord, that you should love me?"

But rather on "Who are you, Lord, that you love me so much."