The Death Of Journalism in America 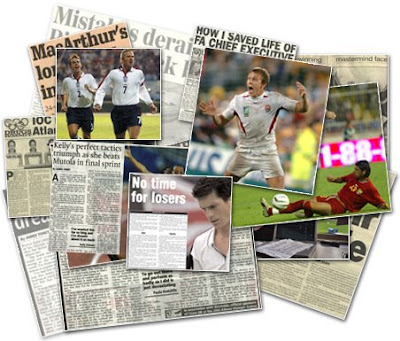 The years is 2008 and it has occurred.
Journalism has died.

It isn't possible to receive any Journalism that is not biased or agenda driven.

The age of reading the paper, turning on the radio, or the TV, and receiving a balanced and fact based report is gone.

Sensationalism or agenda based reporting has replaced the real news.

The new media is Talk Radio, Internet Blogs, and other sources.
I don't mean to say that these sources are all fair and balanced, they are not, but at least you know what you are getting.

The old media: Newspapers, Radio News stations, and TV Stations still report that they are just giving you the news, unbiased, but that is a lie.
A lie that is much worse since they are concealing their agenda.

That is the reason you (Old News Sources) are about to die.
Never to be seen and heard of again.
2008 will be known as the year that Traditional Media has died.
Just listen or watch the political media.
They are so Biased, two-faced, and hold double standards, that it is sickening.
They have lost all credibility and the results are now showing.