Finding God In the Story of Our Life 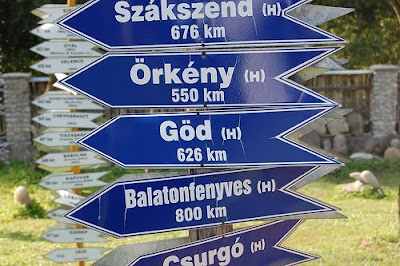 God is at work in our lives at all times, even when we don’t realize it. He has been placing people and situations in our life to help us grow and develop virtue. He has even allowed us to make mistakes, large and small, in order to eventually lead us toward further development of virtue.

We are often unaware of God’s hand in our lives, either by pure ignorance, inattention, or disregarding events as pure luck or chance.

However there is a spiritual principle that represents truth as follows:

“Nothing happens accidentally, rather, everything is gifted providentially.”

And since everything is in this plan of God’s for us, everything has a purpose.

Our life can be read as a story, not yet completed, but begun.


Let me begin with a personal story that will give example.
My story is as follows:

Remembering back to my High School days, I though I was a pretty cool guy. I was an all-star football player, the home-coming king, popular, and thought of myself as a manly guy.
I decided to follow the path of my 2 older brothers and join the navy after High School. After having a going away party I was sent away for my physical before going to boot camp. As a condition for my enlistment, I was promised that I would become an Air Traffic Controller after boot camp. I chose that profession because I was told air traffic controllers made good money and that was respectable job.
Well, I arrived at the medical processing site that gave me a physical and lo and behold, they stated that I was grossly color blind and that there was no way I could be an air traffic controller.
They stated that I needed to see the different colors on the monitors or I would crash airplanes.
So what was I to do? They stated that I scored high enough on my ASVAB test, the test that showed potential ability for training, and gave me a Variety of choices of occupational training. One choice was to be a corpsman. I asked what a corpsman was, they stated a medic. Well, showing the intelligence of my youth, my favorite show on TV was MASH, and though that would be a great job.

So off to boot camp I went, and then off to school. I quickly found out that a corpsman was not only a medic, but was also much like a nurse. I completed my training and then was sent to my first assignment at Long Beach Naval Hospital and guest where I worked for the next 2½ years?
I worked in the Labor and Deliver ward of the navy hospital. I helped deliver babies for 2½ years as a Nurse.

A Male Nurse!!!! I would of never though of myself as a nurse. I was a football jock… An athlete, not a nurse!

Well, I completed my enlistment and then it was time to get out of the service, at least out of active duty. Realizing that working as a corpsman and in the medical field turned out to be very interesting, I then returned to college and obtained a nursing degree as a registered nurse.
I worked in nursing for a few years and then accepted a job as a nurse in a children’s psychiatric hospital. I absolutely loved it. I found it to be fascinating.

Looking back on my life, I was raised by wonderful parents, one of them, my mother had a serious and significant mental illness. I was given a parent who suffered from an illness, and we the family at times also suffered through her illness, but it also gave me a unique perspective toward people with mental illnesses. Can you see a possible connection; How God can use somewhat negative things and turn them into positive things.

I furthered my education and have been a psychiatric nurse for over 20 years, and for the last 9 years have managed the nursing clinical department of a large psychiatric facility for the seriously mentally ill.

To take this one step further, working for years with patients who bare their mind and their soul through mental health recovery and treatment, I was continually drawn to their spirituality and the to my own spirituality, and then through a transformation, to a life of ministry as a cleric.

From Football Jock to Psychiatric Nurse to Cleric…….. Can you see God’s hand in the development of my life, even though I didn't see it coming.
Take a look at you life, start to list events and experiences in your life. Begin to see connections where you never saw them before.......
Posted by Deacon Pat at 4:47 PM