Alone on an Island! Modern Day Sodom and Gomorrah 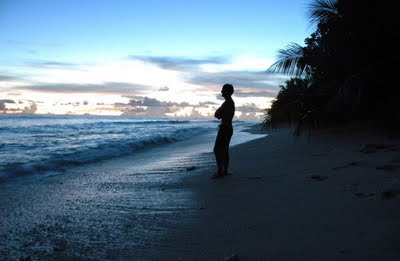 Have you ever been in a situation where you were surrounded by people who think differently than you do?
It can be very uncomfortable. As they share their beliefs you have two options:
1. Say nothing and let them say what ever they want, or
2. Share your point of view.
But if you choose option two, and they care very little about contemplating your point of view, what is the point?
We are surrounded in life with these dichotomies, usually centered on morals, values, faith, politics, ethics, etc.
What I am finding out is that there are very few Californians who are actually in search of the truth, they actually just want you to accept as truth what they believe it to be. And believe it or not, most of them just assume that you believe exactly the same as they do, not even considering that you might have an opposing view.
And when they finally come face to face with the realization that you believe differently than they do, they are immediately taken back, appalled, and either try to force their ideas upon you, or react in a passive aggressive manner and act in a manner to somehow belittle you, dishonor you, or semi-humiliate you. The internet and gossip are their most honored weapons.
They wont admit to their destructive actions, usually internally rationalizing their response, but the truth is they had a reaction that innately was evil...... and why? Simply due to the fact that you don't agree with their point of view.
Living in California I often find myself feeling as if I am living on an island. I am surrounded by people who think much differently than I do, inside the ranks of the church, and on the outside in the secular world as well.
Are my views in life always correct, No, how can they be.
But are all my views incorrect, No!
What is correct?
You have probably heard the words "tolerance" over the past decade. Tolerance is a unique concept in this world today. It has come to mean for so many, "If you disagree with what I am saying, you should be tolerant and try to understand where I am coming from, even if it is contrary to your core values." It has also come to mean by the same people, "But if you disagree with me, then you are a moron, a radical, and even called divisive, and at times prejudiced."
Why - Because I feel differently than you do. Why should I be disrespected for my beliefs, when you demand my courtesy and tolerance. My beliefs are not that unusual, they are consistent with millions of people across the globe, they just are not consistent with  many in California.
This unbalanced scenario has become so prolific in California that the perpetrators don't even realize what they are doing. Note:  I am being generous!
Do I take my family and run away from this battle ground. The perpetrators would probably say (and Have) that as Christians we are to take the message to the sinners, not to just surround ourselves with like minded people. But what is the point when the evildoers care very little about the truth, only caring what they perceive to be true. So what really is the point. They would rather keep you surrounded and continue to beat you down in hopes of converting you..... remember  in their eyes, you are just an unenlightened moron.
Yet what about even the 1 or 2 other people in your care, those that need your nourishment, those like-minded others, can you just pack-up and abandon them?
Yet again, if you yourself are not nourished how can you continue to live? How can you endure week after week of so many saying that you are wrong, that their way is the right way, that you must be ignorant for not thinking like them..... how long can one endure without living in the truth, the truth that we know in our hearts and soul to be true and real?
I often feel that I am in a modern day Sodom and Gomorrah.... and I assume that those around me feel the same as those who lived in Sodom and Gomorrah at the time. I am sure they perceive their life and actions to be warranted and just....

Yet what did God do?

He wiped then all out.

Did He ask Abraham to stay and try to convert them....

He wanted and allowed him to escape.
The world around us is crumbling.......especially in California......
I pray that God speaks loudly to those who are truly listening, searching, and open to his spirit. Am I to escape.... or am I to continue to fight for what I believe to be true, holy, and just?
Posted by Deacon Pat at 7:32 PM

Say friend, you're not alone. I live in Texas and it's the same way here as well. It's all a product of our perverse culture. It's like a cancer that spreads every where. Leave, run & hide? Where would one go? Where ever you go you'll find the same thing. Those of us whom are called 'unenlightened' are the 'voice in the wilderness'. Those who live the Gospel don't talk about their dreams, we're livin that dream. Remember this my friend of what our Master said, "be not afraid and know that I am with you till the end of the age".