Margaret Sanger (Planned Parenthood Founder) - What the news media will never telll you. 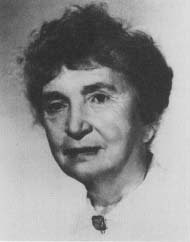 When it comes to evil, you either fight it or you don't.

If you don't, you are then not opposing it,

If not opposing it, you are allowing it to occur, and indirectly you then support it.

Supporting evil means joining the ranks of the devil.........