Las Posadas (The Inns) at our Parish 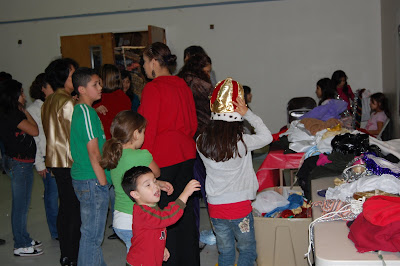 Las Posadas (Spanish for "the inns") is a nine-day celebration with origins in Spain beginning December 16 and ending December 24th. 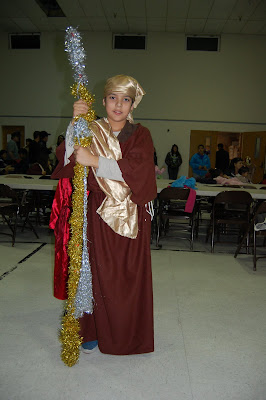 It is a yearly tradition for many Catholic Mexicans and some other Latin Americans and symbolizes the trials which Mary and Joseph endured before finding a place to stay where Jesus could be born, based on the passage in the New Testament, the Gospel of Luke (2:1-9): 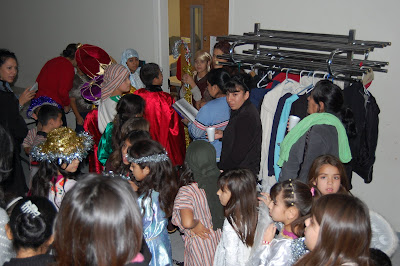 "Now, at this time Caesar Augustus issued a decree for a census of the whole world to be taken. This census -- the first -- took place while Quirinius was governor of Syria, and everyone went to his home town to be registered.

So Joseph set out from the town of Nazareth in Galilee and traveled up to Judaea, to the town of David called Bethlehem, since he was of David's House and lineage, in order to be registered together with Mary, his betrothed, who was with child. 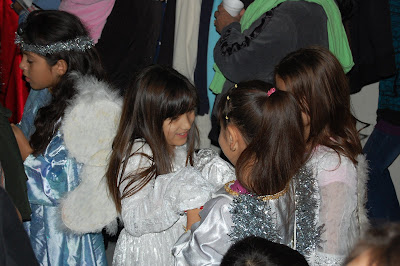 While they were there, the time came for her to have her child, and she gave birth to a son, her first-born. She wrapped him in swaddling clothes, and laid him in a manger, because there was no room for them at the inn. In the countryside close by there were shepherds who lived in the fields and took turns watching their flocks during the night. The angel of the Lord appeared to them and the glory of the Lord shone around them." 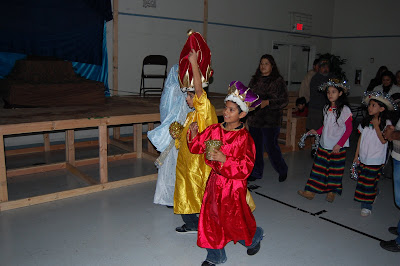 Typically, each family in a neighborhood will schedule a night for the Posada to be held at their home, starting on the 16th of December and finishing on the 24th.

Every home has a nativity scene and the hosts of the Posada act as the innkeepers. The neighborhood children and adults are the pilgrims (peregrinos), who have to request lodging by going house to house singing a traditional song about the pilgrims.

All the pilgrims carry small lit candles in their hands, and four people carry small statues of Joseph leading a donkey, on which Mary is riding. The head of the procession will have a candle inside a paper lamp shade. 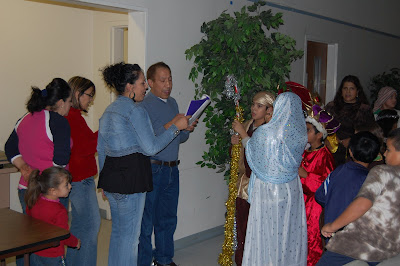 At each house, the resident responds by refusing lodging (also in song), until the weary travelers reach the designated site for the party, where Mary and Joseph are finally recognized and allowed to enter.

Once the "innkeepers" let them in, the group of guests come into the home and kneel around the Nativity scene to pray (typically, the Rosary). 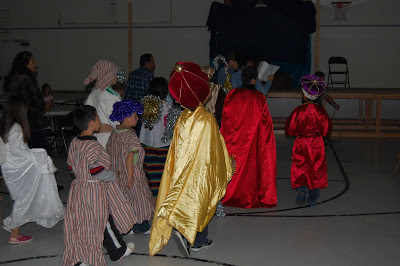 Latin American countries have continued to celebrate this holiday to this day, with very few changes to the tradition.

In some places, the final location may be a church instead of a home. Individuals may actually play the various parts of Mary (María) and Joseph with the expectant mother riding a real donkey (burro), with attendants such as angels and shepherds acquired along the way, or the pilgrims may carry images of the holy personages instead.

At the end of the long journey, there will be Christmas carols (villancicos), children will break open piñatas by striking these colorful papier-maché objects with bats while blindfolded to obtain candy hidden inside, and there will be a feast. Traditionally, it is expected to meet all the invitees in a previous procession. 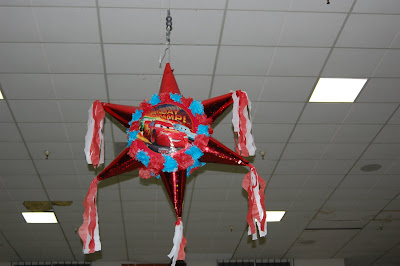