After my last posting, describing the Protestant faiths as the cause of much of the confusion regarding the interpretation of theology and in effect morality, as I expected, I have received numerous comments and e-mails from unhappy and offended protestants.

As I mentioned previously, my intent was not to offend, but rather to bring to light a significant issue that has harmed our society and the whole world in fact.

One response I received from a nice Protestant Lady was "I believe the real danger is ignorance of Gods truth!" Meaning that the danger isn't the Protestants.

I don't disagree with this response, but I think she and others are still missing the point.

The question that often comes up is "What is God's Truth? "

On some issues it is easy to see, but with other issues, identifying with certainty what is God's truth can be confusing. That is why Jesus handed over the Keys of the faith and the Church to one person, Peter, to have the definitive say on such issues. He was the first Pope, and there has been an unbroken succession of Popes since the time of Christ with the purpose of having that definitive voice on confusing issues. Jesus knew that this would be a problem in the future, that is why He established such. (This is often an overlooked point with Protestants - but is critical as you will see)

Without that definitive voice, it doesn't take long to have varied views on biblical teaching, theology, and morality. A good example is the 60,000 different protestant Churches that have different beliefs. This all happened in a short time, since the 1500's. There are congregations each week that are breaking off from churches because of differences of opinions, differences of understanding of what God's truth actually is. These are not bad people, rather many are very devout and Holy in their actions and their beliefs. Yet they are not even aware of the underlying issue that keeps them in disunity.

The Catholic Church has one set of beliefs. Only one.

If an issue comes up. The definitive voice is the Pope (As Jesus Established).

Without this understanding and the willingness to succumb to the authority that Christ instituted, there will always be disunity in His Church. 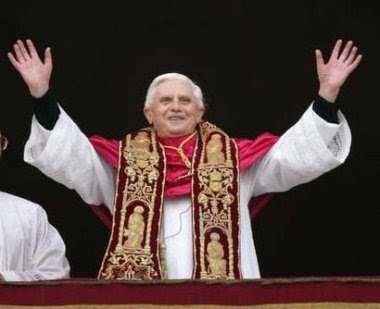 To understand this concept a little better, lets read the words from Stanley Hauer a prominent Protestant theologian, who recently preached about Reformation Sunday (celebrated in some Protestant churches) and about how that particular celebration was scandalous and what Protestants can learn from Catholic unity.

Here is a snip from that sermon:

Therefore Catholics understand the church’s unity as grounded in reality more determinative than our good feelings for one another.

The office of Rome matters. For at least that office is a judgment on the church for our disunity.

Surely it is the clear indication of the sin of the Reformation that we Protestants have not been able to resist nationalistic identifications. So we become German Lutherans, American Lutherans, Norwegian Lutherans. You are Dutch Calvinist, American Presbyterians, Church of Scotland. I am an American Methodist, which has precious little to do with my sisters and brothers in English Methodism. And so we Protestant Christians go to war killing one another in the name of being American, German, Japanese, and so on.

At least it becomes the sin of Rome when Italian Catholics think they can kill Irish Catholics in the name of being Italian. Such divisions distort the unity of the Gospel found in the Eucharist and, thus, become judgments against the church of Rome. Of course, the Papacy has often been unfaithful and corrupt, but at least Catholics preserved an office God can use to remind us that we have been and may yet prove unfaithful. In contrast, Protestants don’t even know we’re being judged for our disunity.

He is correct that at times the Papacy has been corrupt and has acted in err. I wouldn't of expected any different, they have all been human, and nobody has ever said that the popes have been perfect. Yet in regard to the teaching of the faith on issues of theology and morals, there has never been an instance of err. There has never been any changes in the faith regarding the tenet dogmas of the church. Yes some traditions might change from time to time, as well as devotions, but these are very much different from the everlasting core beliefs. The Catholic Church is united with these dogmas.

Aren't there a bunch of different Catholic rites?

Well Yes there are. Most Catholics are ignorant of this fact. There are more than just Latin-rite Catholics, which 99% of us are.
.
Followed by: "I mean, you have the Roman, Byzantine, Carmelite, Dominican, and a whole bunch of other different titles. What happened? "
What happened is that each of the prayers and ways of worshiping God developed in different places in different ways over many years. The Church has never believed that every catholic rite has to have the exact same prayers or ways of having the liturgy, as long as the essential elements of each liturgy are there.

"So why the split?"
There is no split. There is still unity. A different Catholic rite is still Catholic. They are still in union with Rome. It might be the Eastern Orthodox you are thinking of here. They are not Catholic.

"What makes our church the 'right one'/the one to be in? "
There is no "right" rite, but there is a "right" Church - which is the one true Church Jesus established = the Catholic Church.
"And what makes this split different than the one Luther made?"

What makes the difference between one rite and another different than the difference between the catholics and the lutherans or the catholics and the baptists?
Again, between the differing Catholic rites there is unity in diversity, not disunity. Between Catholics and Protestants we have much bigger doctrinal issues, the preeminent issue being authority. Luther rejected the Catholic Church's authority and set himself up as an authority of one. This opened the door to the doctrinal chaos we see in Christianity today.

The different Catholic rites developed different ways of praying, different doctrinal emphases, etc. But, there is always unity.
.
I believe that we will always have disunity, chaos, fighting, and envy until the day that we can all be one church under God, and under the authority of the Pope.
.
Jesus knew this and that is why He made it so very clear that the church needed to be handed over to one person to govern guided by the Holy Spirit.
.
If protestants continue to hold on to their justifications to stay separated from the catholic faith, they will not only be void of the fullness of the faith, but perpetuating a world full of immorality and chaos, (not personally maybe) since some a very good people, but by strengthening the separation of what God wants united. And as I have said before, for the most part, they are completely unaware of the significance of their actions.
Posted by Deacon Pat at 11:04 AM